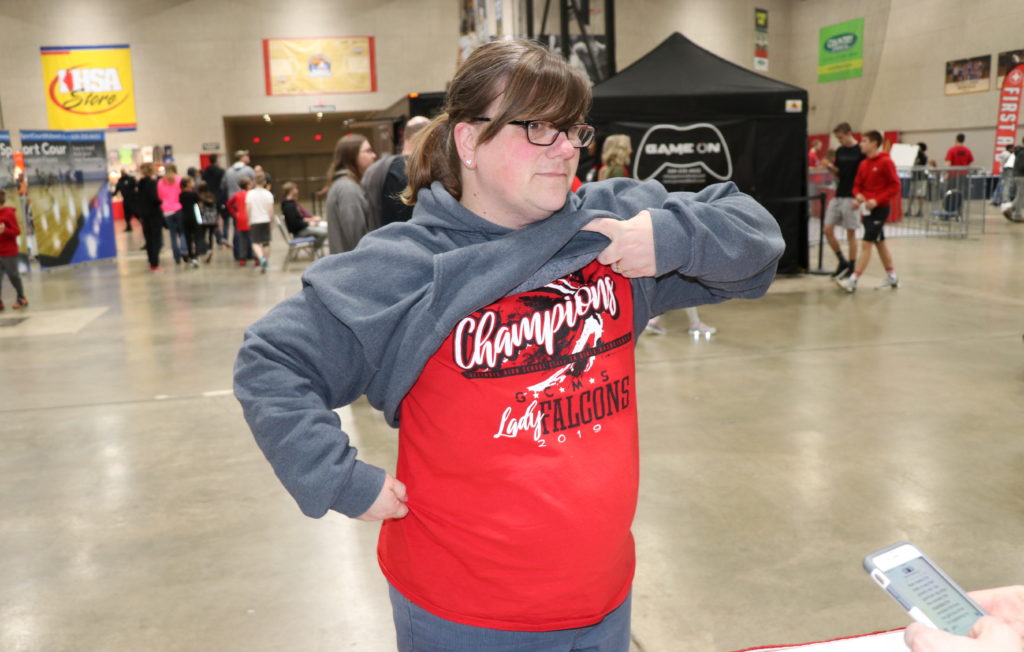 It’s a game I have been playing the last few weeks, sizing up men and women, kids in middle school and up, and trying to figure out if they are potential readers of my book.

But Kristina Meece snuck under my radar.

It wasn’t that she didn’t appear like she could enjoy a coming-of-age story about a group of kids whose lives were changed through our journey to a state basketball championship. As she approached our table Saturday in the Peoria Convention Center Exhibition Hall in her Gibson City-Melvin Sibley High School hoodie, she looked the part of any spectator mom.

But she was certainly not the stereotypical sports parent. She called her son Alex “a fourth-quarter warrior,” one of those kids (like me my senior year, who usually only came in once the game was already decided). And when she started tearing up, it had nothing to do with basketball.

She didn’t even identify herself as the parent of a player on the team until I asked.

Nope, the role Meece talked about is her job as team bus driver. Actually, the bus driver for  several teams at the school of about 340 students, in a town of about 3,400.

“I had no clue about sports when I got married 25 years ago,” she laughed. “But from the first time you see them get on the bus and then to say our team made it to state, I love to see their growth until the end of the season. …”

She stopped to dab her eyes.

I wondered what it was that really got her, and then she told me that she had first driven this same group of boys who would later Saturday finish third in the 2A state tournament, as a middle school team.

“They were so cute,” she said. “I just appreciate the honor they’ve given me to drive them.”

Meece talked about empowering the young women at her school as well, and flashed the GCMS girls’ basketball t-shirt she was wearing under her sweatshirt to show her devotion.

“I don’t think I can ever give up bus driving,” she said, “because to see these kids become men and women of integrity, well, I am just so grateful at the end of the season.”

It sounded like it would make a great book.

One Response to “Championship drive”