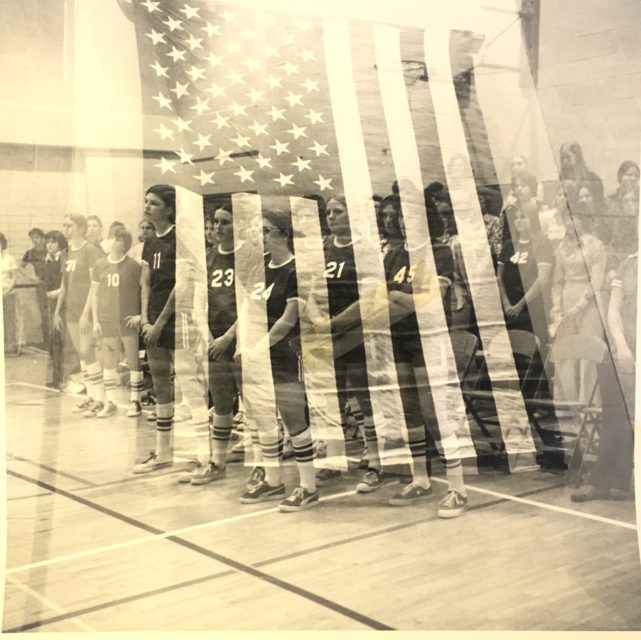 As a high school senior and newly minted member of a state championship basketball team 40 years ago, it all seemed pretty simple.

We would grow up and do whatever we wanted to do, accomplish whatever there was to accomplish. And with the same unadulterated optimism and confidence, there were no limits to the future we envisioned for women in sports.

Women coaches and general managers of professional teams, both men’s and women’s?

In 1979, we went from a handful of moms watching our games in the smaller and inferior “Girls’ Gym” of our suburban high school, to playing before standing room-only crowds in the “Boys’ Gym,” full-page photo spreads in the Chicago Tribune and feature stories by Johnny Morris, the former Bears receiver and the city’s most popular TV sports anchor.

Some 3,000 of our fans filled the lower bowl of the University of Illinois’ Assembly Hall, then one of the most modern arenas in the country, to watch us beat Jackie Joyner’s East St. Louis team in the state final. And our games were broadcast nationally by the recently christened superstation, WGN-TV.

Over the next few years, our entire starting lineup was playing for Division I college teams. And within five years after our title, that same East St. Louis girl with the shy smile came back to lead her team to the state championship, followed a few years later by an Olympic silver medal in the heptathlon in Los Angeles – the first of a bucketful of gold medals.

And if you would have told us then that as we inched toward our 60th birthdays, the 2019 U.S. women’s World Cup champions, perhaps the best team ever assembled, would be serenaded with demands of equal pay for women?

We would have been devastated.

Many women, including me, were not surprised and even proud of the 2015 study commissioned by espnW.com and Ernst & Young which found that 80 percent of female Fortune 500 executives played competitive sports at one time in their lives.

But what Muffet McGraw, coach of the NCAA champion Notre Dame women’s basketball team, so passionately and eloquently pointed out last spring, was that less than five percent of Fortune 500 CEOs are women. That only 10 percent of the nation’s Division I college athletic directors are women.

“And when these girls are coming out, who are they looking up to, to tell them that’s not the way it has to be? And where better to do that than in sports?”

In the mid- to late 1970s, the world opened up to my teammates and I through sports. Cliches about such things as teamwork and goal-setting were new and brilliant, beautiful poetry to us. Strategy taught us to be analytical and methodical. And the very nature of pushing ourselves in practice, showed us how to be tough, competitive and focused, all attributes previously only encouraged and lessons only accessible to boys.

Even as teenagers, we knew we had a considerable way to go as a gender. But it had been a decade since a cigarette company had come up with the slogan “You’ve Come a Long Way, Baby,” to ostensibly celebrate women’s progress throughout the 20th Century, and there was no reason in 1979 not to be optimistic about how far we had come.

Forty years later, I really have to wonder.