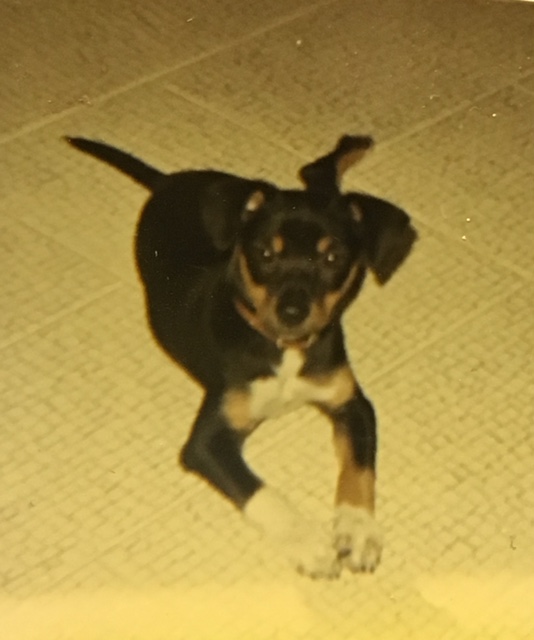 I think some are cute. I can appreciate the love and companionship and amusement friends get from their dogs (we won’t address cats or other animals here because there is zero chance I will not offend). I take joy in seeing friends with their pets and am sad for them when they pass on to doggie heaven.

I mean, I’m not a psychopath.

We had a dog when I was growing up. Her name was Hondo and she comes to mind this week after the death of Boston Celtics’ great John Havlicek, whose nickname was “Hondo.”

With all due respect to the Hall of Famer, Hondo was a great dog name and Hondo was a great dog. I’m not altogether sure why my family chose Hondo as her name because we lived in the Chicago area and had our own NBA team whose players had their own nicknames like “Stormin’ Norman” Van Lier and “Chet the Jet” Walker. But the Celtics were popular, Havlicek was easy to like and we had an Uncle Norman, so that would have been weird.

Hondo was the perfect dog for a family with a mother who didn’t like messes, a father who didn’t like walking in the cold and a little sister who was afraid of dogs ever since I was sent to get my brother Richard from his best friend Andy’s house one day and their adult-sized Dalmatian leapt against their back fence so forcefully – and so LOUDLY – that it sent me screaming the full block back home.

I was a bit sensitive as a child.

The only other dog experience I had up until then was later relayed to me since I was a newborn at the time and could neither remember it nor probably focus on my mother’s face much less a strange dog. It was the family pet and apparently, Pepper snapped at me or at least looked at me suspiciously enough that my mother decided it had to be given away. This sent my sister screaming down the street as the new owners drove off, demanding to know why I couldn’t be given away instead of Pepper.

Poor Hondo arrived in this same home some eight years later. My mother wasn’t thrilled and agreed to keep her only after my brothers promised the dog, a sweet little mutt, would stay on the lower level of our bi-level house. In retaliation while we were out on her first Fourth of July, Hondo ran upstairs, into my parents’ bedroom and barfed into my mother’s knitting basket.

It would become a Fourth of July family tradition.

My father loved Hondo but didn’t understand dogs and in particular, their unique digestive systems. So, when he decided Hondo looked sick (not quite sure how he concluded this), he would treat her as he would one of us, by feeding her Campbells chicken noodle soup. Hondo responded as dogs do when adults feed them things that would probably be the equivalent of giving a human dog food, and we could only hope this did not happen on Fourth of July or my mother’s knitting basket would really be a mess.

Poor Hondo (which eventually became her name) was taught a series of tricks by my brothers and I. My brothers taught her to hold up her paw for a shake, roll over and fetch. I taught her to sing “Close to You” by the Carpenters.

In reality, I played a fourth-grade version of the song on piano while singing/screeching the chorus and Hondo would accompany me by howling as if in pain. I thought she was singing. In retrospect, pain probably was the right analogy to use.

Poor Hondo was very smart. She seemed to know my father didn’t like the cold, so before they left for college, my brothers trained her to run outside and do her business by herself, then run back. And she handled this really well, though my father thought she looked cold and bought her one of those dog sweaters that would rub her against the grain and I imagine felt like a human wearing burlap.

Not having a dog now isn’t directly related to all of this. I eventually figured out I was also allergic to Poor Hondo and my husband didn’t have a dog growing up. Our kids didn’t protest too much except for that brief period when Alec taped a picture of a dog onto the frame of his bunk bed along with a schedule of all the fun things he would do with the imaginary pet, which he also named, if he had one.

We’re pretty sure our son isn’t too badly damaged. We’re also reasonably sure he will one day own a couple pit bulls and ask us to dog-sit.