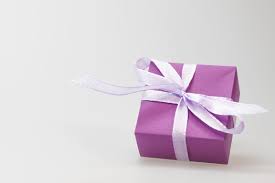 My husband wanted to get me a real birthday present this year, he really did. Because he gets nervous doing it on his own, he dangled all kinds of nice ideas. Jewelry even. I guess he still remembers how I reacted the year he got a new TV for our bedroom and tried to pass it off as a gift.

So he really tried. And what did I do?

I told him I’d rather have some moles removed. OK, let me re-state. I’d rather go to town at the dermatologist. Let them sand down, burn off, chemical peel, whatever it is they had to do to make me smoother and fresher without that gnawing guilt that I was being self-indulgent. This was my birthday present, after all! It would be rude to feel guilty.

So I went to the dermatologist and told him to hack off whatever protrusion he happened to see,  a request I think may have put him off a bit having used the word “hack” and all. Plus, I could tell he thought I was crazy since my protrusions apparently are only visible in my magnified makeup mirror. I got that impression when he told me that all women needed to throw out their magnified makeup mirrors.

So now, of course, me being me, I’m starting to have second thoughts. Not about the hacking necessarily. The two scabs on my face are healing nicely and people only stare a little. But if the sanding doesn’t take and the little bumps grow back, can I still get a real present? I’m just wondering.

I’m also wondering how I feel about turning 49.

At some point, it becomes customary to start getting birthday cards with cartoon drawings of crazy old women with humorous comments about your age. When you’re 32, this is funny. When you’re 49, the cartoons start resembling you in real life.

I think this is about the time when it starts becoming customary to be sad on birthdays even when there is really no earthly reason to be.

At 49, with a family and a job and a half I love, I should be ashamed of myself for feeling sad about anything other than maybe the prospects of getting a new photo for my now-expired drivers license, which I actually really liked for the first time in my life.

I have all year to try it on, get used to it, throw it out there just to see if people react in shock and amazement that the woman standing before them with a smooth complexion could possibly be almost 50. I have already started trying that and I don’t get much, but I may have to do it with people around my same age, a more sympathetic audience.

I keep thinking about how gloriously happy Oprah was when she was 50. But, I mean, come on.

And though I am extremely thankful about being in good health – that’s another sign of being old – I do wonder whatever happened to those endorphins, if maybe they got lost when I switched classes at the ‘Y,’ because the only sensation I feel now is the desire to have a masseuse meet me afterward on my exercise mat.

But all that said, things are good. Really. I’m happy. No regrets.

Well, except maybe the realization that I now have to go get my new drivers license photo with two scabs on my face.

7 Responses to “The gift that keeps giving”